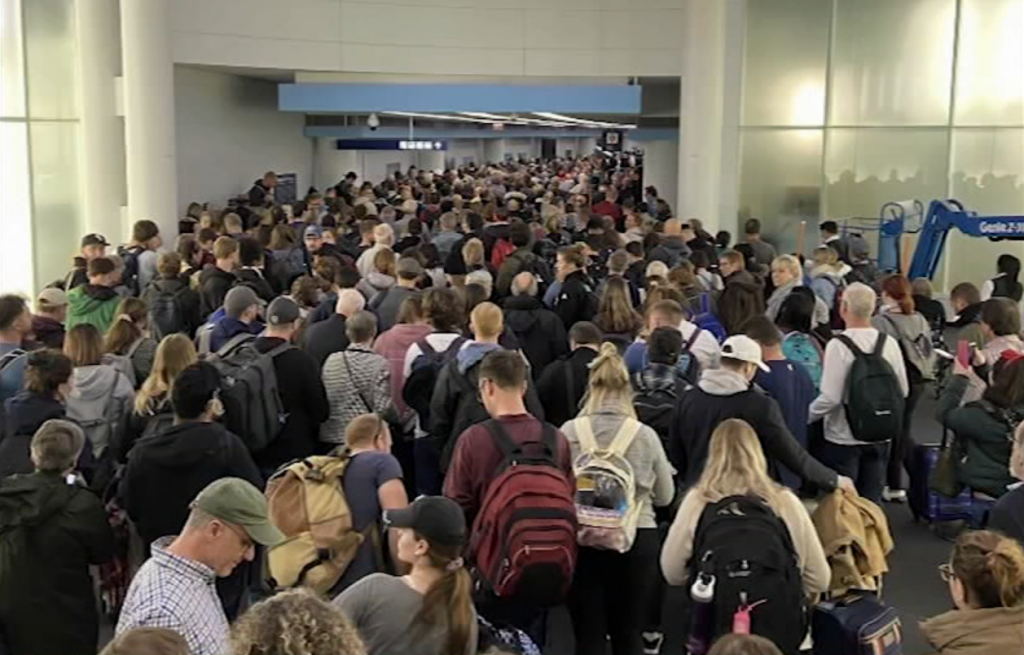 President Trump announced a 30-day restriction in travel to most of Europe earlier this week. On Saturday, Pence announced that the United States extended the restrictions to travel from the United Kingdom and Ireland as well.

Harsh criticism rained on the Trump administration Sunday from state and local officials over long lines of returning international passengers at some U.S. airports that could have turned them into coronavirus carriers as they tried to get home.

O’Hare Airport Was Total Chaos on Saturday. But the White House Is More Upset About a Tweet.

On Saturday night, as images of huge crowds stuck at customs at Chicago’s O’Hare International Airport went viral, Illinois Gov. J.B. Pritzker tweeted his frustration—tagging President Donald Trump and Vice President Mike Pence. “These crowds are waiting to get through customs,” he said, “which is under federal jurisdiction… you need to do something NOW.” Pritzker’s message was clear: “The federal government needs to get its [email protected]#t together.”

On Sunday morning, Pritzker said that he did hear from the White House late Saturday night. Except it wasn’t to offer support or help at one of the nation’s biggest airports—rather, it was to yell at him for tweeting about it in the first place.

“Well, here is what I got, I got a call at about 11 o’clock last night after that tweet from a White House staffer who yelled at me about the tweet. That is what I got.”